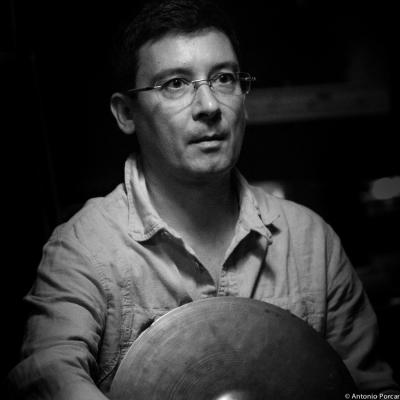 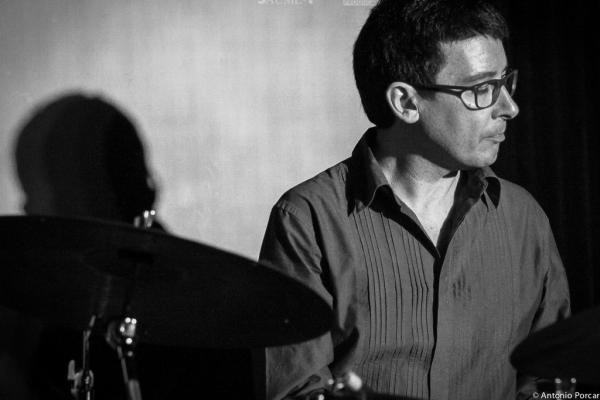 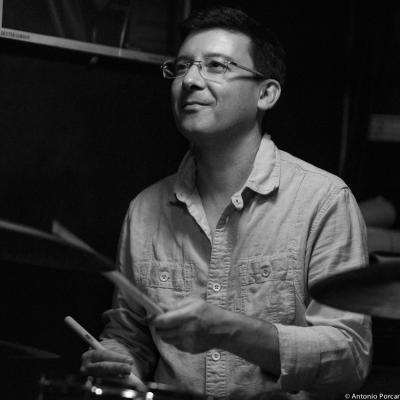 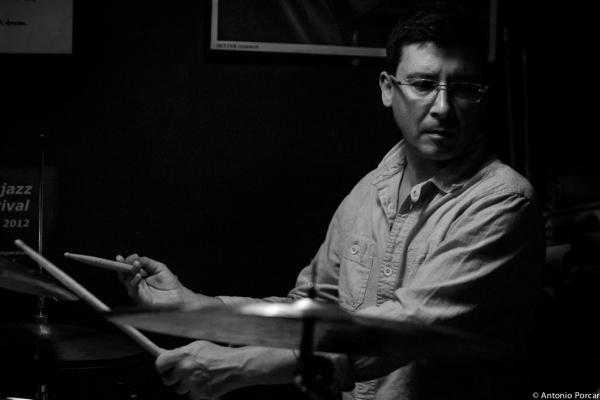 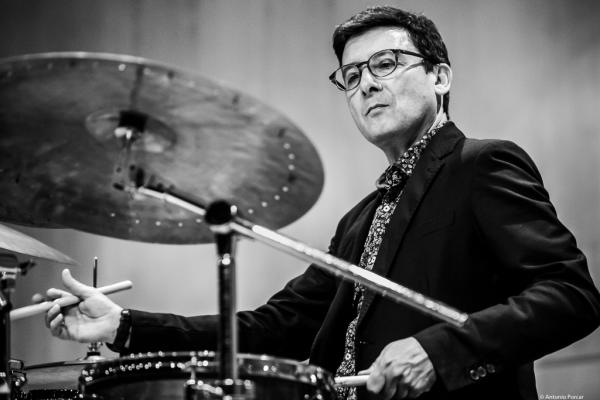 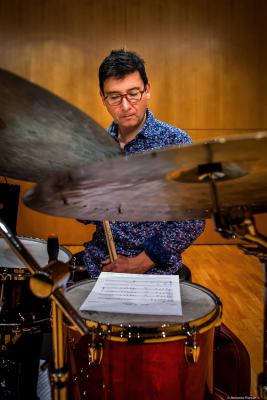 David was born in Badalona [Barcelona].
The music he listened to at home as a boy was influenced by his family.  His father listened to jazz (Art Blakey, Monk, Max Roach, Miles Davis, The Modern Jazz Quartet, Brubeck...), his sisters, soul and funk (Sly & The Family Stone, James Brown, Ottis Redding, Aretha Franklin...) and his mother, zarzuela, copla and Catalonian folk music.
Between the ages of 10 and 15, David studied piano and solfa at the Conservatorio Superior de Música del Liceo.  The drums were always his instrument of preference, but he played them as a self-taught musician.  At the age of 18, David began studies in the modern music schools in Barcelona.
From 1985 to present, David has been member and founder of a great number of musical groups, including his own quartet.
David has also had the pleasure of playing with musicians of renowned prestige such as John Abercrombie, Vince Mendoza, Dave Liebman, Fred Hersch, Mark Feldman, Norma Winstone, Kurt Rosenwinkel, Ben Monder, Guillermo Klein, Art Farmer, Charles Tolliver, Dave Schnitter, Mulgrew Miller, etc.
He can be heard on more than 70 jazz recordings.
Website