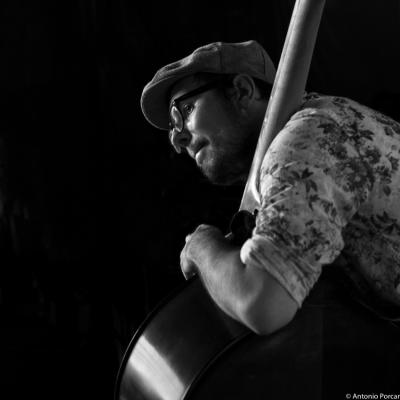 Grzegorz Wlodarczyk (born 15 May 1991, Czestochowa) is a Polish jazz bass player, composer, bandleader and producer. He is known from several recordings and from cooperating with some of the most influential musicians and composers internationally. He is a graduate of the University of Music and Performing Arts Graz, where he developed his passion for music under the tutelage of double bass masters: Wayne Darling and Morten Ramsboel.

In 2013 he attended Conservatoire National Superieur de Musique et de Dance de Paris, where he studied with Riccardo del Fra.
Currently a Jazz Double Bass student of Banz Oester and Larry Grenadier at the Jazz Campus of Music Academy in Basel / Switzerland.
As both a bassist and composer, he has worked at the intersection of improvised and notated music, and in 2015 published his debut album with Grzegorz Wlodarczyk Quintet to critical acclaim.
During his studies he worked with such artists as: Joachim Kuhn, Carl Allen, Larry Grenadier, Jorge Rossy, Seamus Blake, Lewis Nash, Adrian Mears, Don Friedman, Curtis Fuller, Peter Bernstein, David Hazeltine, Oliver Lake, Billy Hart, Dick Oatts, Randy Brecker and many others.
www.grzegorzwlodarczyk.com