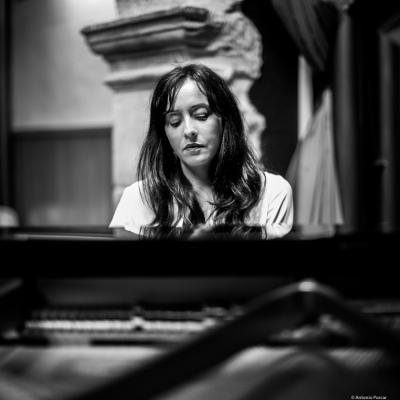 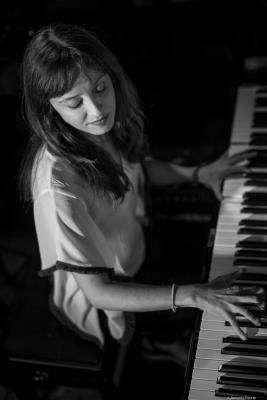 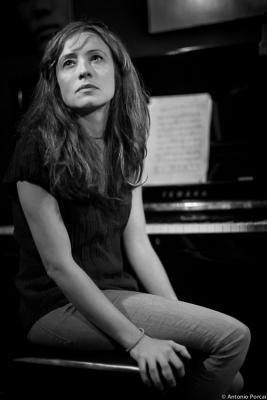 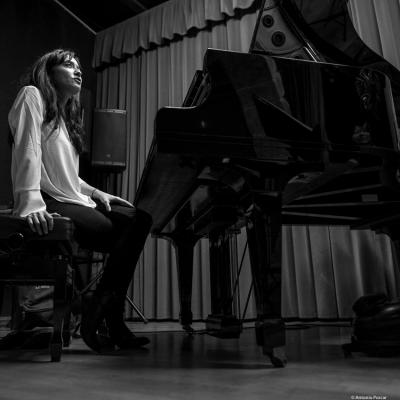 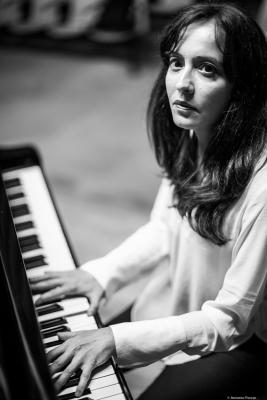 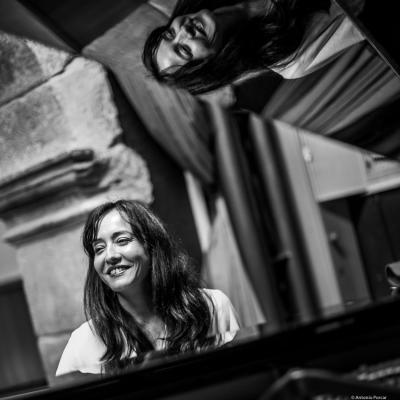 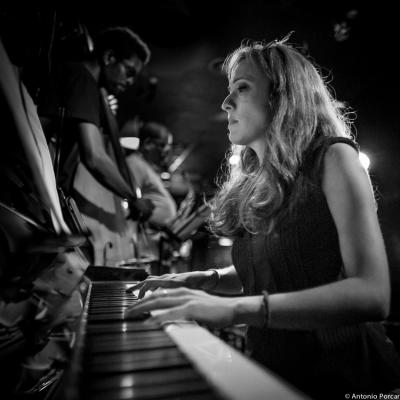 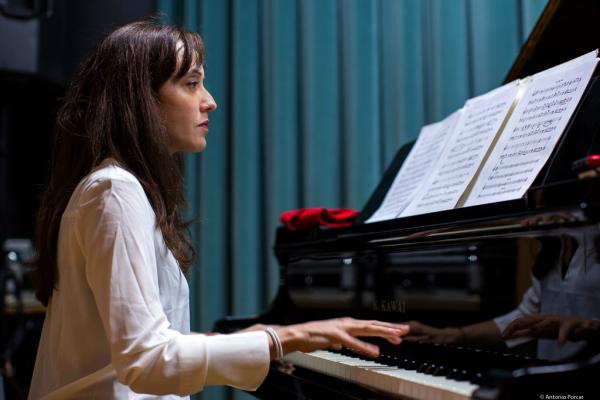 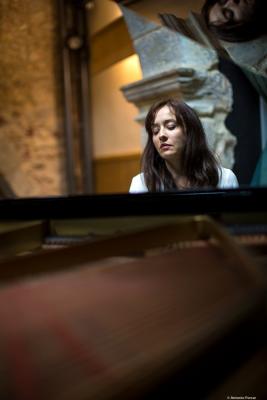 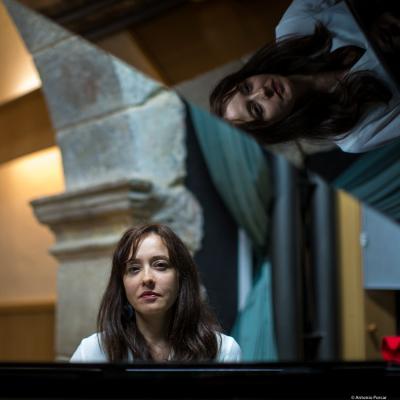 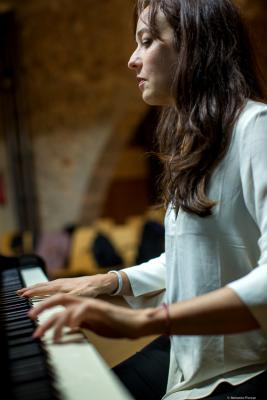 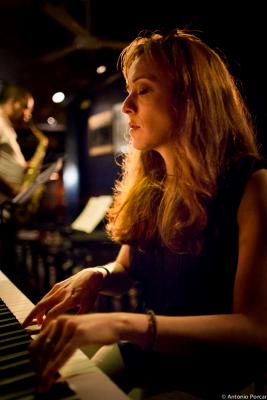 Born in Spain, Marta was a regular pianist in the jazz circuit of Madrid while she was living there. She is currently living in New York, where she plays actively with her own band and other projects.
She leads her own projects since 2005, starting with a trio with bass player Carlos Barretto, and drummer Andrés Litwin, with whom she published the CD: Lunas, soles y elefantes (Errabal, 2007), and continuing with a quartet with saxophonist Ariel Bringuez, bass player Reinier Elizarde and Andres Litwin on drums, with whom she recorded: La espiral amarilla (Errabal, 2010). Both of this works received very good reviews in the specialized media. During this period, the trio and the quartet have played at the most important clubs of Spain, like Café Central, Bogui, Jamboree, La Bilbaina, Berlin Jazz Café, Calle 54 among others and in important jazz Festivals like the Festival de Jazz de Madrid, Festival de Jazz de Vitoria-Gasteiz, Segojazz, Festival de jazz de Lleida, Festival de Jazz es primavera en San juan Evangelista, Festival de jazz de Castellon, Festival de jazz de Valladolid,  Festival de jazz de Zaragoza. Also, they have toured around Argentina, Uruguay and Chile. The quartet has toured around Nicaragua, Quezatenalgo, Guatemala, Antigua, Mexico and Campeche, playing in the most important festivals of these cities and it was chosen like one of the most outstanding bands for the AIE (Musicians association from Spain). Because of this it had the opportunity to give some concerts around the country at different Universities. The Quartet also was representing Spain in the European Jazz Festival at Greece and played in different venues in NYC.
Marta just recorded new music with a new project of her, a quintet formed by New York-based musicians (Jerome Sabbagh, Roman Filiu, Sam Anning and Jason Burger) that will be released in Februay 2005.
Marta also has colidered others projects: the trio D' Free Qi, with Martin Leiton on bass and Andres Litwin on drums, which was awarded with a grant from Caja de Burgos to record a CD and played all over Spain. Other example of bands where Marta participated is Zafari Proyect. This band was awarded with the Young Creation Awards (INJUVE). Winners of the international award “Debajazz”as well. The award included the recording of a CD: Zafari Project (Errabal, 2006).
Marta is the pianist of Natalia Calderon Quartet, vocalist with whom she toured around Costa Rica, Dominican Republic, Guatemala, Thailand and Holland, and also recorded the CD: Flor Azul (SGAE, 2011).
Some other recordings as a sideman include vocalist Doris Cales' CD : Songs from my heart (Quadrant records, 2006; produced by Bruce Barth), the two CDs of the Miguel Angel Blanco's Afrodisian Big Band: Mediterraciones (2008) and Satierismos (2011), both of the CDs of the Santiago de la Muela's Talento jazz Orchestra: Lineas Paralelas (i.Reilly, 2008) and Standards (Escuela de Ingenieros Industriales, 2008) and Javier Moreno trio (New Mood jazz).
Marta has received some awards, including the First Prize on the San Martin de la Vega jazz contest with Natalia Calderón Quartet (2008), the First Prize of the Jazzargia Contest (El ciego, Alava, Spain) with Javier Moreno’s trio (2008), Winner in the Debajazz contest with Zafari Project (2005).
Marta also have composed some soundtracks for short films, receiving some prizes: Best composer for the Sountrack of “The puzzle” at Caja Madrid Short Movies
Festival (2000), Best composer for the Soundtrack of “Ya no puede caminar” at the Alcala de Henares Short Movies Festival (2001), Best composer for the Soundtrack of “Ya no puede caminar” at Curt Ficcions in Barcelona (2002), and Best composer for the Soundtrack of “Ya no puede caminar” at The Palma de Mallorca Film Festival (2002).
Marta finished her master's degree in jazz piano performance at NYU thanks to the fact that she was awarded with a Fulbright Scholarship.
Website