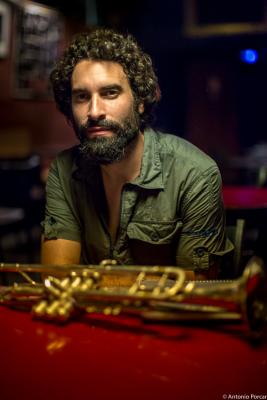 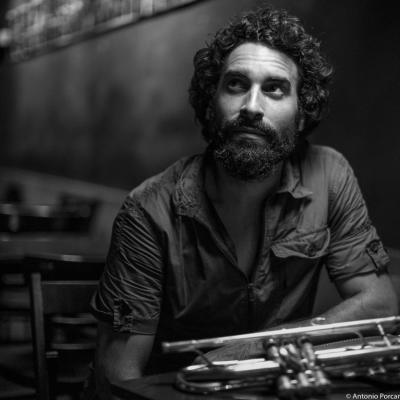 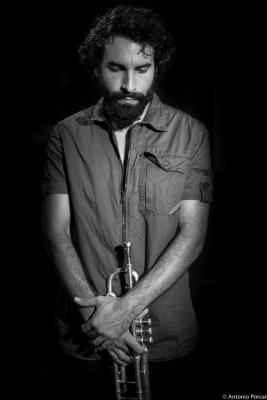 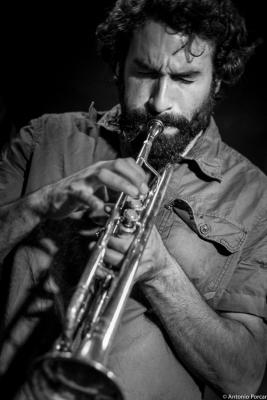 Julián Sánchez is currently one of the most relevant trumpet players in the national jazz panorama. During his musical training has passed through cities such as Barcelona (Escuela Superior de Música de Cataluña) and New York, perfecting with Joe Magnarelli, Ralph Alessi, Tony Malaby, Peter Evans, Kris Davis, Ingrid Jensen and Avishai Cohen. His has formed part of projects of the likes of Chano Dominguez, Perico Sambeat, Horacio Fumero, Jordi Rossy, Miguel Poveda, Jorge Pardo and Enrique Oliver among others, and from 2006 he has performed in numerous national and international jazz festivals. He has more than a dozen albums released so he tirelessly continues to develop and expand on his music with his projects New Quartet, Free Art Ensemble, Sindicato Ornette y Sánchez & Galiana Duo. He has also worked in the educational field, teaching at the Conservatorio Superior Liceo of Barcelona, Conservatorio Superior of Valencia and the CAMM, Arts Center of Modern Music “Maestro Puyana” of Málaga.