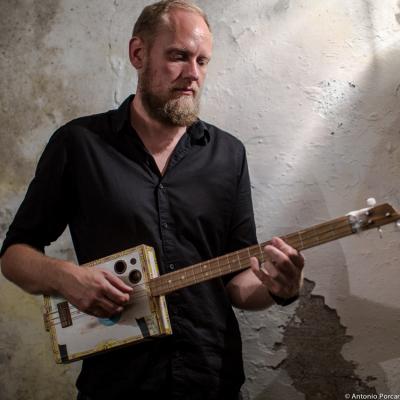 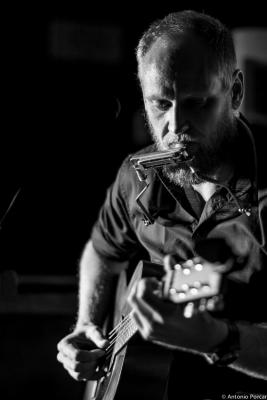 David Philips is every bit the D.I.Y. Musician. Not content writing, recording, producing and mixing his own albums he also uses his skills as a multi-instrumentalist to play all the instruments on his latest offering "December Wine (4 Track Tapes.)"
Philips hails from Nottingham, UK but moved to Barcelona, Spain when he was 24 to pursue a career as a Jazz guitar player. His guitar skills landed him work with legends on the Jazz/Blues/Soul scene including Brian Jackson, George Braith and Charlie Wood as well as fronting his own projects. But it wasn't until 2005 that he noticed his talent for rootsy song writing and soul inflected, bluesy singing. This combined with a long and varied background of world class guitar playing has proved to be a powerful combination.
His debut album "Heal Yourself Alone" was completely self released and just 2 weeks after was chosen Album of the Week by Robert Elms on BBC Radio London. After a small self funded tour of Holland and Belgium in 2011 Philips crossed paths with Black & Tan Records and subsequently signed to release his second album with them. Dubbed "The Rooftop Recordings" the album was recorded in Philip's attic apartment in Barcelona. The record opened more doors around Europe and he spent a good part of 2012 promoting it around Europe including an appearance at the renowned Blue Balls Festival in Switzerland.
Philip's third album "December Wine (4 Track Tapes.)" was recorded entirely on an old 4 Track cassette machine and started out as a set of demos of new songs written during travels and short bursts at his Barcelona home studio during 2012. A slightly more folky and experimental sound emerged yet still strongly based in the blues tradition Philip's has quite obviously paid much attention to.
2013 saw Philips on the road around Europe for most of the year, promoting the new album including shows at The Acoustic Festival of Britain (UK), Maré de Agosto Festival in the Azores Islands and Davos Blues Festival in Switzerland, plus a lengthy 2 month tour of club dates during February/March/April. David is currently working on new songs for his 4th album which will be showcased on tour in early 2014.
Website